February 26, 2020
Next up, the Princeps Senoris of my favourite maniple style in the game, the Ferrox!

Princeps Senoris Agdex is a lead from the front type homie. He has a flair for destruction and more often than not, his Assault Reaver Titan - Mors Miles isn't spared from copping it either.

I play Mors Miles and it's matching counterpart Atro Messorum quite aggressively, often pushing the two up together then rotating the lead titan so they can share the damage taken before dishing it back out within the Melta half range. In the most recent event, Mors Miles was detonated in 2/5 games due to this play style but it created opportunities to take the objectives or for other Titans in the battlegroup to get the kill shots while also claiming quite a few engine kills of his own. 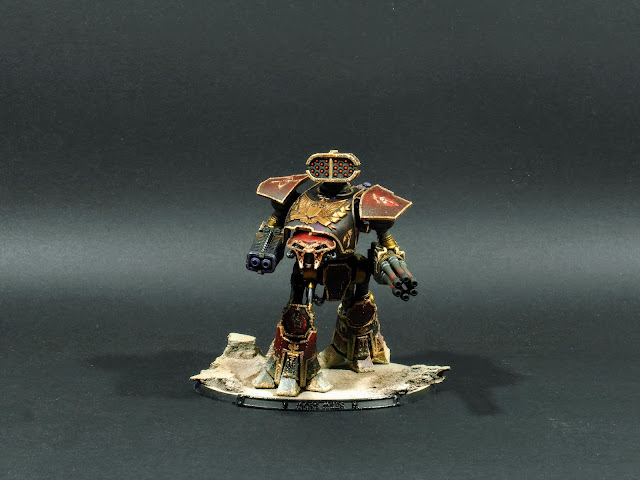 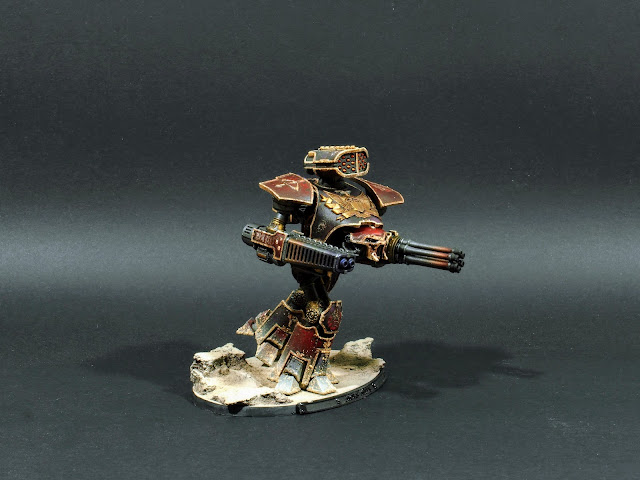 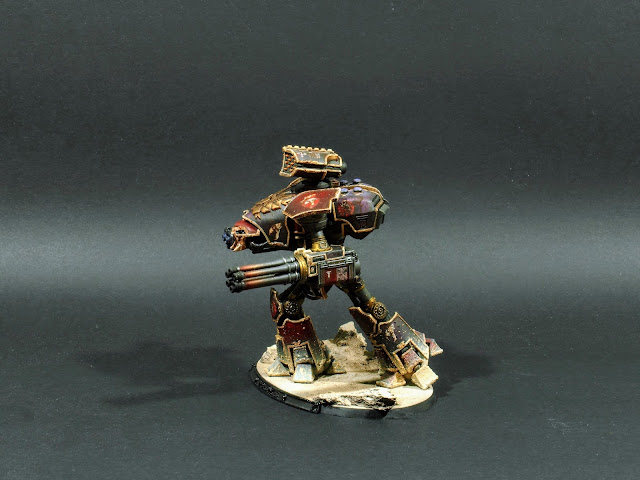 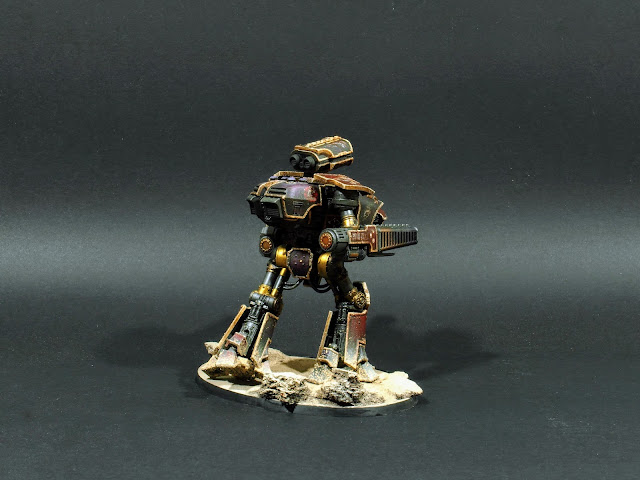 Princeps Senoris Agdex headed up a Ferrox Maniple deployed to Enterigar III from the helm of his assault Reaver - Mors Miles. An aggressive commander that favoured a reckless pursuit of inflicting damage above all else, the engine and Princeps were last seen on the planet fighting amongst the ruins of a shattered civilisation as Loyalist forces withdrew.

Unknown said…
As claimed by Stanford Medical, It is in fact the SINGLE reason this country's women get to live 10 years more and weigh an average of 42 pounds lighter than we do.

(And actually, it has totally NOTHING to do with genetics or some hard exercise and really, EVERYTHING related to "HOW" they are eating.)

Tap on this link to reveal if this easy test can help you decipher your real weight loss possibilities
9 March 2020 at 18:25

John Shaw said…
Thanks for sharing this blog...

Popular posts from this blog

May 19, 2019
I got a couple more pieces done for Adeptus Titanicus over the weekend, 3 Cerastus Knights and the Warhound Titan [CANIS CALIDUS] join the stuff I posted up the other day. Legio Vulpa - Canis Calidus and Nuntio Dolores House Makabius Support - Unknown Scions I'm now in a wormhole of ivory trimming now though as I get the panels ready on 2x Reaver Titans, 1x Warlord Titan and the second Warhound Titan to match this one up. Vibing how it's coming along though. You working on some Titans? Let me know so I can come get hype on your blog. Thanks Jackie
5 comments
Read more

June 02, 2019
Hey gang, Heres a comic style Adeptus Titanicus Battle Report from a game I played the other day. 1500pts, fully painted Axiom Maniples from Legio Tempestus (My mate Marcus) and my my Legio Vulpa and House Makabius. I'm not sure how it's gonna turn out format wise as a post but I'll throw it up and see what happens, allegedly this prints to A4! Cheers Jackie
5 comments
Read more

February 23, 2020
Hey y'all, I've still been chipping away at Adeptus Titanicus stuff. I really freaking love this game and was lucky enough to get a spot to go and play at Act of Heresy V in January so wanted to get everything finished and ready for the event. I wrote a short piece for each of the Titans and created a Princeps for them, I'll open batting with the big kahuna, Princeps Maxima Dhrykax in his Warlord Titan, the Deus Bellum. I normally go small time with my character creations (Sergeants, Lieutenants, Centurions and the like) but because it seems that I'm one of the only guys on the planet who's really committed to Legio Vulpa from the game release, I've gone big and named the boss himself. I doubt Black Library or the Forgeworld Specialist Games team will ever swing back around to them again and they've had their moment in the sun with Titandeath so I'm going to develop more of the back story and own the Legio one bit of narrative at a time. Also reading
1 comment
Read more